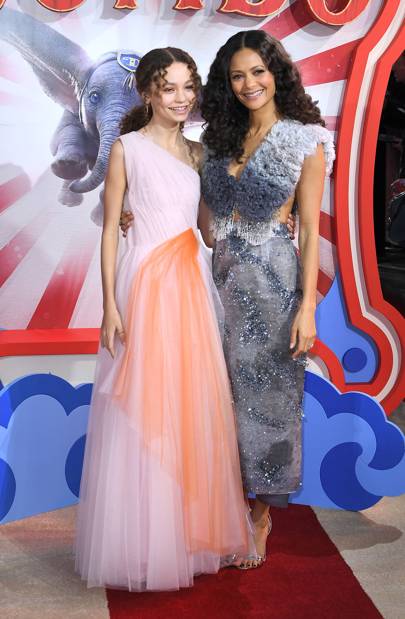 Held at the Curzon Mayfair cinema, Parker – who is making her acting debut in the role of Milly Farrier in the film – opted for a pale pink and orange Carolina Herrera gown for the premiere, while Newton wore a washed grey mid-length Mary Katrantzou dress featuring silver sequin-embellished organza, with metallic heels.
Directed by Tim Burton and due for UK release on March 29, the animated remake, starring Eva Green and Colin Farrell, recounts the tale of two children who care for a young elephant with huge ears. “At first it was nerve-racking remaking such a classic story,” Parker recently told Vogue. “In the end, though, I just got swept up in the magic of it all – the costumes, the stunts, the effects.”
Read Also: Who Invented First Ever Padded Jacket?